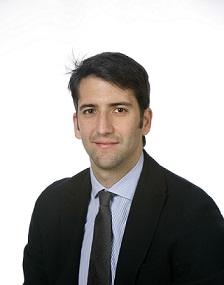 José is a Spanish qualified lawyer with more than fourteen years of experience as practicing lawyer (Freshfields; Uría Menéndez; and own practice) and as corporate legal counsel.

He holds a dual degree in Law and Business Administration and has completed several LLMs, namely in business law at Instituto de Empresa Law School in Madrid, in European law at Carlos III University in Madrid, in EU competition law at King’s College London, and in sports law at INEFC Lleida (master program codirected by Professor Andreu Camps, current General Secretary of the Spanish FA). José has also pursued a specialization in arbitration and international contracts through the completion of a number of postgraduate courses and certificates.

He has a very international profile, having developed his professional activity in Madrid, Brussels, Zurich, Lisbon and Rome in the fields of sports law, EU and competition law, international contracts and arbitration, and telecommunications law.

Other than Spanish, which is José’s mother tongue, he is fluent in English, French and Italian (full professional proficiency) and has good knowledge of German and Portuguese (professional working proficiency).

Currently, José (still a candidate, after having successfully passed the first phase) is preparing to complete his qualification as a Solicitor (England & Wales) through the Qualified Lawyers Transfer Scheme.

José has completed a specialization (LLM in sports law) and has experience in sports law, having held a position as legal counsel at FIFA and having collaborated with two of the most prestigious and well-reputed Court of Arbitration for Sport (CAS) arbitrators at the moment: Rui Botica Santos and Massimo Coccia, during his respective stays in Lisbon (Portugal) and Rome (Italy).

He has acted as court clerk in CAS proceedings and undertaken the representation of clubs, federations and athletes, as lawyer. Apart from CAS proceedings, José has been involved in many sports law-related matters, amongst other, he has represented a professional football player and his new club before Spanish Courts against a lawsuit for termination in breach of a buyout clause in accordance with Article 16(1) of the Spanish Royal Decree 1006/85.

José advises clubs, agents and professional footballers on contractual and regulatory matters relating to national and international player transfers (FIFA’s Regulations on the Status and Transfer of Players; TMS system; etc.), representation, image rights, employment contracts, etc.. He also represents them in litigation before judicial and disciplinary bodies of different federations (Dispute Resolution Chamber and Players Status Committee at FIFA; UEFA; CAF; etc.) as well as before CAS. Similarly, he assists national federations before FIFA with the naturalization of players for sports purposes.

Amongst others, some sport-law topics José has written about are:

– A review of the 2018 Report on the Football Transfer Market: In an article published on the website of World Sports Advocate, I analyse the legal aspects in the 2018 Report to the European Commission on the Football Transfer Market, whilst assessing how successful the previous 2013 Study has been in promoting actual changes to the regulatory landscape governing the player transfer market (EN).

– Griezmann case – views on the possible consequences of Atlético de Madrid’s complaint before FIFA against FC Barcelona for the latter’s contact with Antoine Griezmann, who is under contract with Atlético: article on Iusport.com; interviews in El Partidazo (COPE radio station) and on TV (La Sexta and beIN Sports) (SP).

– El País newspaper quoted me explaining how FIFA rules on eligibility to play in national teams operate in relation to Serbia’s interest in calling up Bojan Krkic (22 September 2016) (SP).

– «Procedural remedies and actions against a CAS award» (World Sports Law Report, No. November 2015); and

José is more directly involved in arbitration work, especially international sport arbitration proceedings since he joined FIFA’s legal department in 2012, having acted as ad-hoc clerk and as lawyer in the representation of claimants and defendants before de Court of Arbitration for Sport in Lausanne (CAS).

Since then, José has acted as counsel in appeals against decisions of national and international sports federation before the Court of Arbitration for Sport (CAS) in proceedings conducted in Spanish, English and French; and as secretary of the arbitral tribunal and assistant to several arbitrators in commercial arbitration, namely Miguel Ángel Fernández-Ballesteros and Clifford J. Hendel, both in national and international proceedings, to date in relation to disputes regarding energy, construction, corporate law, telecommunications, insurance and contract law, subject to Spanish law and foreign law and this in proceedings with seat in Spain and abroad.

In an effort to add to his practical experience, José has completed a number of arbitration courses:

– 5th edition of the online course on specialization in arbitration, organized by various Spanish Bar Associations.

– International Chamber of Commerce Arbitration training course: The course provides with (i) a comprehensive review of the arbitration process form the initial arbitration agreement to the award, paying particular attention to the operation of the ICC international Court of Arbitration, and to the application of the 2012 ICC Rules of Arbitration; and (ii) an insight into interim and conservatory measures (including the emergency arbitrator) as well as costs.

– IInd Congress on investment arbitration CIADI/ICSID – CIAMEN (12 & 13 April 2018): “ICSID: Its proceedings in the light of the most recent case law and the amendments to the Arbitration Rules. Spain and its renewable energy cases”. Programme conducted by Gonzalo Flores, Deputy Secretary General of ICSID.

José is a member of the Club Español del Arbitraje.

In his professional activity, José has dealt as an in-house counsel and as a lawyer with contracts (franchise; agency; construction; etc.) that due to their elements (parties of different nationalities; international transportation; foreign applicable law; etc.) must be classified as international; and so has learnt to adapt to their specificities and has also gained experience in advising in their preparation and enforcement.

In his professional activity, José has dealt as an in-house counsel and as a lawyer with contracts (franchise; agency; construction; etc.) that due to their elements (parties of different nationalities; international transportation; foreign applicable law; etc.) must be classified as international; and so has learnt to adapt to their specificities and has also gained experience in advising in their preparation and enforcement.

To his professional experience José has added a specialization in international contracts by completing a number of courses in this field; all of which with the ultimate aim of providing an always better service to clients.

Amongst the courses on international contracts completed by José the following are worth mentioning:

– “Going Global”- International Chamber of Commerce (ICC) training on trading internationally: The course (i) provides a detailed guide to International Trade for both exporters and importers, looks at the additional risks and challenges faced by them when expanding into international markets, and how to address them; (ii) outlines how to make an effective sales agreement that meets the needs of all parties and the legal framework supporting it, documentation required and key issues around transportation, customs, payment and finance structures; and (iii), finally, looks at dispute resolution, e-commerce and intellectual property.

– FIDIC Conditions of Contracts – Training Course on Red and Yellow Book: The programme is organized by FIDIC and comprises 9 sessions over a five months period. The aim of the training is to become conversant with the main FIDIC Contracts. To this end, the course programme is based on lectures in combination with directly related case work through which participants work on real life cases and are trained on the application of the various contract conditions. FIDIC conditions of contract are increasingly being used in the international construction industry and in projects financed by international development banks.

José has pursued a specialization in EU and Competition Law (Masters in EU Law and Postgraduate Diploma in EU Competition Law) and has experience working with EU and competition law related matters.

He had the chance of working in the Directorate General for Competition of the European Commission under its prestigious internship programme. Following this, José joined the Antitrust, Competition and Trade team at Freshfields Bruckhaus Deringer at Brussels, as a lawyer. After that, he became an associate in the EU Law and Competition department of Uría Menéndez, working in the Madrid and the Brussels offices.

As a Competition Law expert, José has advised national and international clients on matters regarding mergers and acquisitions, infringement proceedings and applications for leniency before the Spanish Markets and Competition Commission. At the same time, he has prepared legal notes on competition matters as a step in decision to file a claim before the competent competition authorities.
Author of a work on the application of the economic rules of the Treaty on the Functioning of the European Union to sports associations, clubs, leagues, and sportsmen («La aplicación de las normas económicas del Tratado sobre el Funcionamiento de la Unión Europea a las federaciones deportivas, ligas, clubes y deportistas»).

Similarly, José has written a number of articles:

José has experience in the telecom sector not only advising on EU Law and Competition law, but also as legal counsel of Interoute Communications Ltd (ICL), a telecoms operator. He was responsible for the legal matters of ICL’s subsidiaries in Spain and for advising other companies of the group across Europe. Among other things, José was in charge of leading negotiations of contracts with customers (corporate and public), suppliers and partners mostly across Europe; providing legal advice on regulatory, data protection, and public procurement in the telecoms sector. In addition, José participated together with external counsel in the preparation of lawsuits related to the activities of ICL as a telecoms operator.

José is a business lawyer by education, having completed a dual-degree in Law and Business. In line with this, after several years of practice, in order to round out his preparation as a business lawyer he completed an LLM in Business Law at the Law School of Instituto de Empresa (Madrid), intended for experienced lawyers and focused on enhancing legal and tax knowledge from a business standpoint.

José has advised companies not only as a practitioner but also as in-house counsel of multinational companies in the telecoms and sports sectors. Similarly, while practicing with his own firm, José has assisted businesses and professionals with very diverse business law matters, managing them on his own or collaborating with lawyers specializing in specific areas when the circumstances so require.

On June 11th, our partner, José Páez, participated as panellist in the webinar on sports law arbitration organized by Instituto Peruano de Arbitraje

Read the publication (in Spanish) HERE

Our partner, José Páez, has spoken with Italian news agency ANSA agency as an expert in competition and EU law and sports law about the plans for the Super League

Read the publication (in Italian) HERE

Read the publication (in Spanish) HERE

On 21 February, our partner, José Páez, participated in Brussels in a panel discussion on jurisdictional issues in sports arbitration